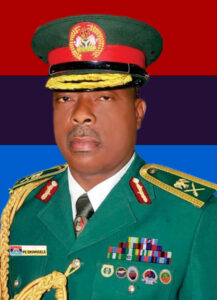 Major General Philip Ehizokhale Eromosele was born on 16 March 1969, and hails from Unogbo-Uwessan, Esan Central Local Government Area of Edo State. He had primary and secondary education in Benin City from 1975 to 1981 and 1981 to 1986 respectively. He joined the Nigerian Defence Academy as an officer cadet on 12 September 1987 as a member of 39 Regular Course. He was commissioned on 19 September 1992 and was posted to the noble Corps of Nigerian Army Engineers.