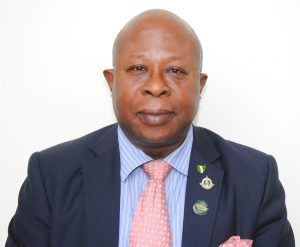 Ambassador Dr Chijioke Wilcox Wigwe holds a B.A (Hons) Degree in English (Second Class Upper Division) from the University of Lagos and a PhD in English from the University of Exeter, England, United Kingdom. He has a post-graduate Diploma in Journalism from the London School of Journalism and is a Fellow of the National War College, Nigeria (Course 9). Dr Wigwe was a Lecturer in English Language at the University of Jos until April 1984 when he joined the Nigerian Foreign Service as a First Secretary (Foreign Service Officer Grade VI). He rose quickly through the ranks, attaining the peak of his career as Director (Foreign Service Officer Special Grade) in January 2006. Dr Wigwe has held important senior appointments and served in various capacities at the Ministry of Foreign Affairs and in Nigerian Diplomatic Missions abroad including Tokyo, Warsaw, New York and Nairobi.

From May 2008 to October 2011, Dr Wigwe was the High Commissioner of the Federal Republic of Nigeria to the Republic of Kenya with concurrent accreditation to the Republic of Seychelles. At the same time, he was the Ambassador & Permanent Representative of Nigeria to the United Nations Environment Programme (UNEP) and the United Nations Human Settlements Programme (UN-Habitat) in Nairobi. He joined the service of the National Defence College as a Directing Staff and Member of the Steering Group in February 2012, a position he held until his appointment as Provost on 27 July 2017.

Dr Wigwe is a recipient of many awards including Best Ambassador of the Year (2010); African Peace and Security Impact Award (2009) – for negotiating and securing the release of the Nigerian vessel MV Yenagoa which was held in captivity by Somali pirates for 10 months; Ambassador for Peace (2008) and, Exemplary Leadership and Community Service Award (2007). Academic honours and distinctions he received include the Eudora Coker Memorial Prize for Best HSC Literature in 1972; the Faculty of Arts Prize for Best All-Round Performance in the Degree Examination at the University of Lagos in June 1976; and an Honours Diploma in Journalism for Outstanding Ability and Expertise by the London School of Journalism in 1991. In August 2017 he was conferred with the prestigious Fellowship of the Defence College fdc (+) for excellent services rendered as a teaching staff (Directing Staff) between 2012 and 2017.

Dr Wigwe has attended several international conferences and meetings and delivered lectures at seminars. In 1982 he founded and edited an academic journal titled Nigerian Journal of Sociolinguistics. This was followed by the publication of a book in 1990 titled Language, Culture and Society in West Africa. He was the Desk Officer responsible for Third Committee affairs (Social, Humanitarian and Cultural) at the Permanent Mission of Nigeria to the United Nations, New York, from 2003 to 2007. In 2006 he led the Nigerian Delegation to the UN Conference that resulted in the Convention on the Rights of Persons with Disabilities and its Optional Protocol which was opened for signature in New York in March 2007. Similarly, he was Alternate Head of Nigerian Delegation at negotiations that culminated in the establishment of the UN Human Rights Council in May 2006. He is a Lifetime / Platinum Member of Cambridge Who’s Who Registry of Executives and Professionals, USA, and Member of the Association of Freelance Journalists, UK.