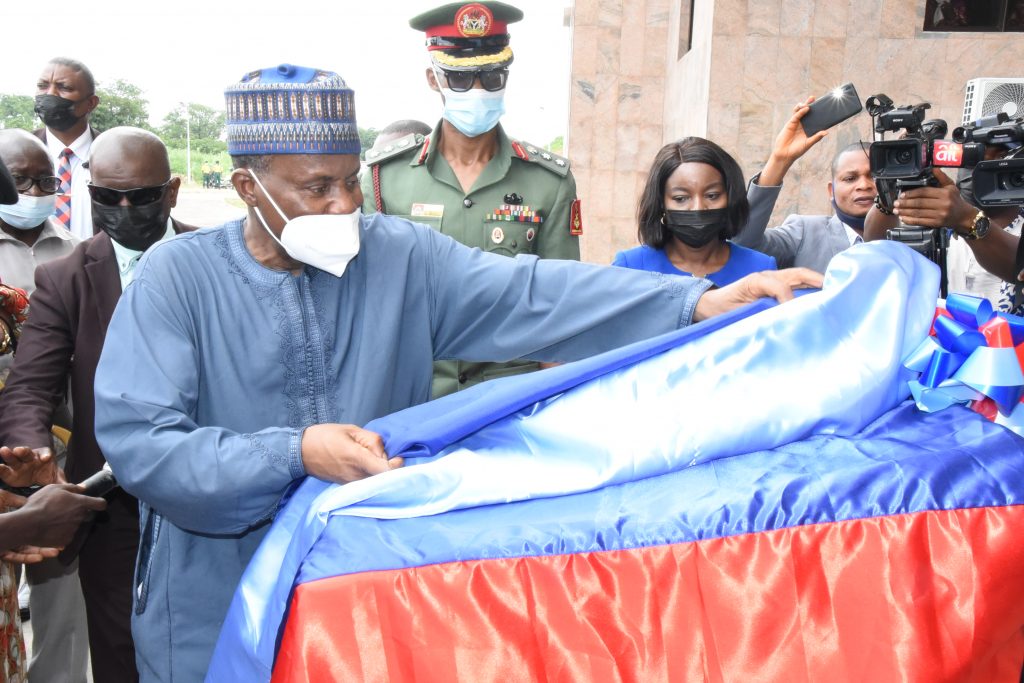 He made this known during the commissioning ceremony of the First National Defence College (NDC) Directing Staff Quarters which comprised fifty-six (56) blocks of flats and fifty-six (56) Boys’ Quarters at the College permanent site, Piwoyi in Abuja, recently.

The Minister, who described the commissioning as a milestone, noted that the project is a testimony of President Muhammadu Buhari’s resolve to give attention to Nigerian Armed Forces in order to deliver on its constitutional mandates.

In his opening remarks, NDC Commandant, Rear Admiral OB Daji lauded the Minister’s support for the College on the completion of the projects which suffered delay due to inflation and budgetary constraints.