In an effort to rid Africa and sub-region of insecurity, Egypt Armed Forces has declared intention to deepen military co-operation between her Armed Forces and Nigerian Armed Forces.

The Egyptian delegation led by the Chief of Staff, Armed Forces of Egypt/Assistant Minister of Defense for International Relations Egypt, Major General Mohamed Salah El-Din made this known during the visit to the National Defence College (NDC) Abuja. While welcoming the team, the Commandant, NDC, Rear Admiral Muritala Bashir, who gave a brief on the activities of the College, lauded the stabilizing roles of Egypt Armed Forces in Africa over the years and called for deeper collaboration between Egypt and Nigeria Armed Forces. 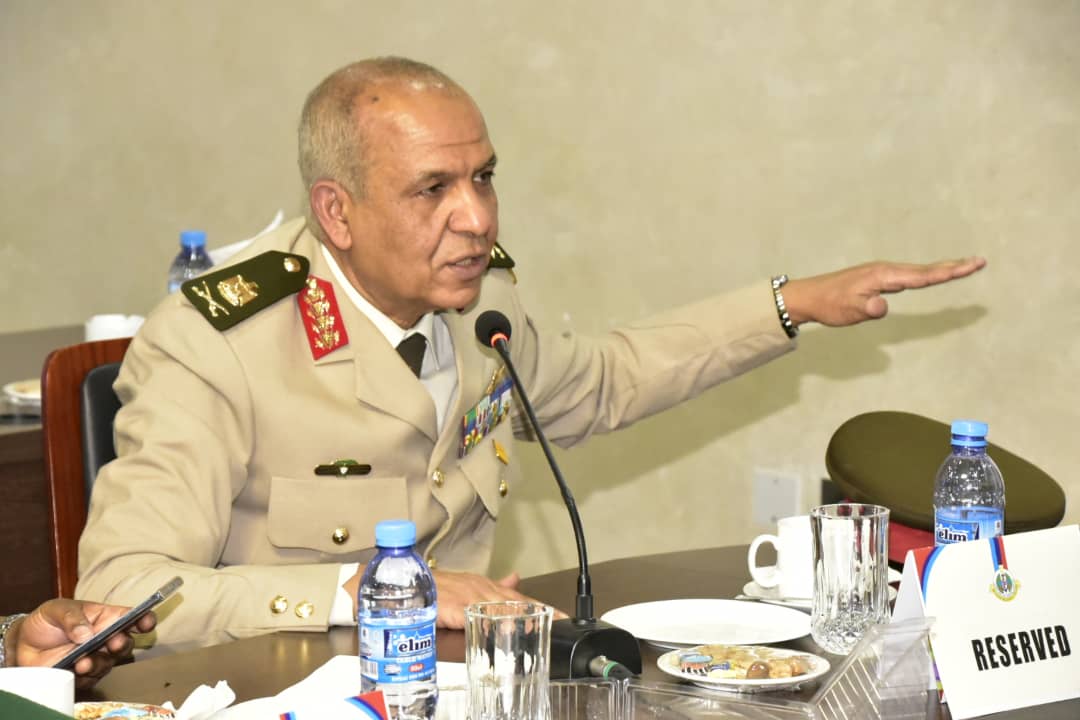 He also applauded the knowledge and value added to the Nigerian Participants in Egypt National Defense College. As part of the activities marking the visit was the lecture delivered to NDC Course 30 Participants by the Head of the Delegation Major General Mohamed Salah El-Din, titled – REGIONAL SECURITY SITUATION: EGYPT STRATEGIC PERSPECTIVE.
Present at the event were representative of Defense Headquarters, the Assistant Director Budget, Department of Defense Policy and Plans, Commodore MM Epelle and Defense Advisor, Egyptian Embassy in Nigeria, Colonel Mohammed Ali.