Prof Omotayo, who stated this during a working visit to NDC Commandant, Rear Admiral Murtala Bashir in Abuja, disclosed that the College has done well as the highest military institution, also commended the College on the achievements recorded, therefore, urged the Commandant not to relent in sustaining the good reputation of the College as known worldwide. In his words, “NDC should be more than a College…” 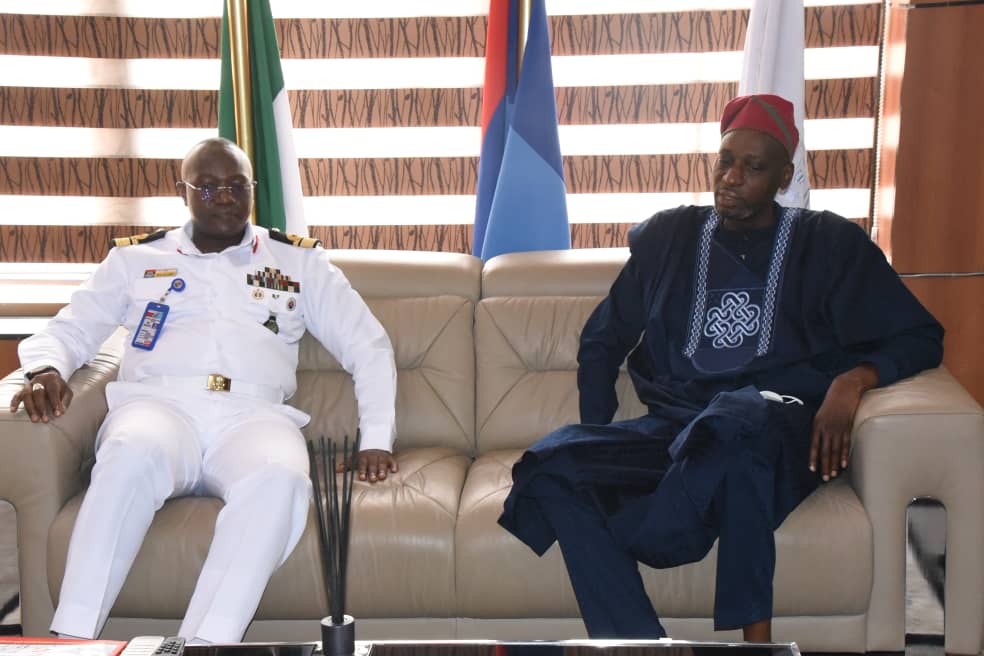 According to him, NIPSS has identified the College as one of the stakeholders in policy formulation institute, hence the need for sustainable partnership between the both institutions.

In his response, Rear Admiral Bashir, who briefed the DG NIPPS and his entourage on the various activities of the College, congratulated the NIPSS DG on the well-deserved appointment, promised a lasting relationship with the institute in order to promote National development.

The Commandant, who also expressed gratitude to be identified with NIPSS, stated further that the College will soon mark its 30th anniversary.

He added that, NDC would also widen the scope of participation through introduction of short courses, as well as, through combined exercises with other services war colleges in order to have common understanding of issues and challenges facing the country.

Present during the courtesy visit were the College Directors and other Principal Staff Officers, (PSOs).